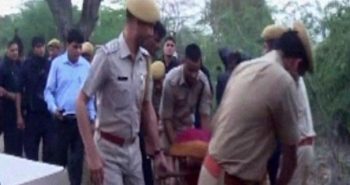 Two minor girls drowned after they jumped into a pond to escape detention at a red-light area during a police raid in Bharatpur on Tuesday.

After the cops received information that girls were held hostage and pushed into prostitution near Pankshi Nagla red light situated on National Highway 11, the Bharatpur Police raided the area. However, the raid went horribly wrong after the girls jumped into a pond to escape from getting caught.

One of the girls was rescued alive by the police after senior officers of the team jumped into the pond in an attempt to save the girls.

The girls were aged between 16 to 18 years. The police has so far maintained a studded silence on the matter.

The raid was reportedly conducted on the basis of complaints lodged by the local residents.