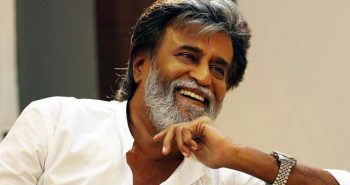 A few days back Gangai Amaren met Superstar Rajinikanth in the latter’s Poes Garden Residence. The meeting between the two cine industry people has stared having repercussions on political circles of the state.

Rajini is a person who has been linked with politics of the state for long and a considerable section of his fans still wants him to join politics and rule the state. However the 65 year old actor has clarified long back that he will not enter politics.

Gangai Amaren is the BJP’s candidate for the upcoming by-elections for the RK Nagar constituency in Chennai, which has been vacated by the sudden demise of Chief Minister J.Jayalalitha in December 2016.

Gangai Amaren had met Rajinikanth to get his wishes for the election. This lead to rumors that Rajinikanth will be supporting the BJP in the RK Nagar election.

However Rajinikanth has clarified through his tweet that he is not supporting anyone in RK Nagar election.