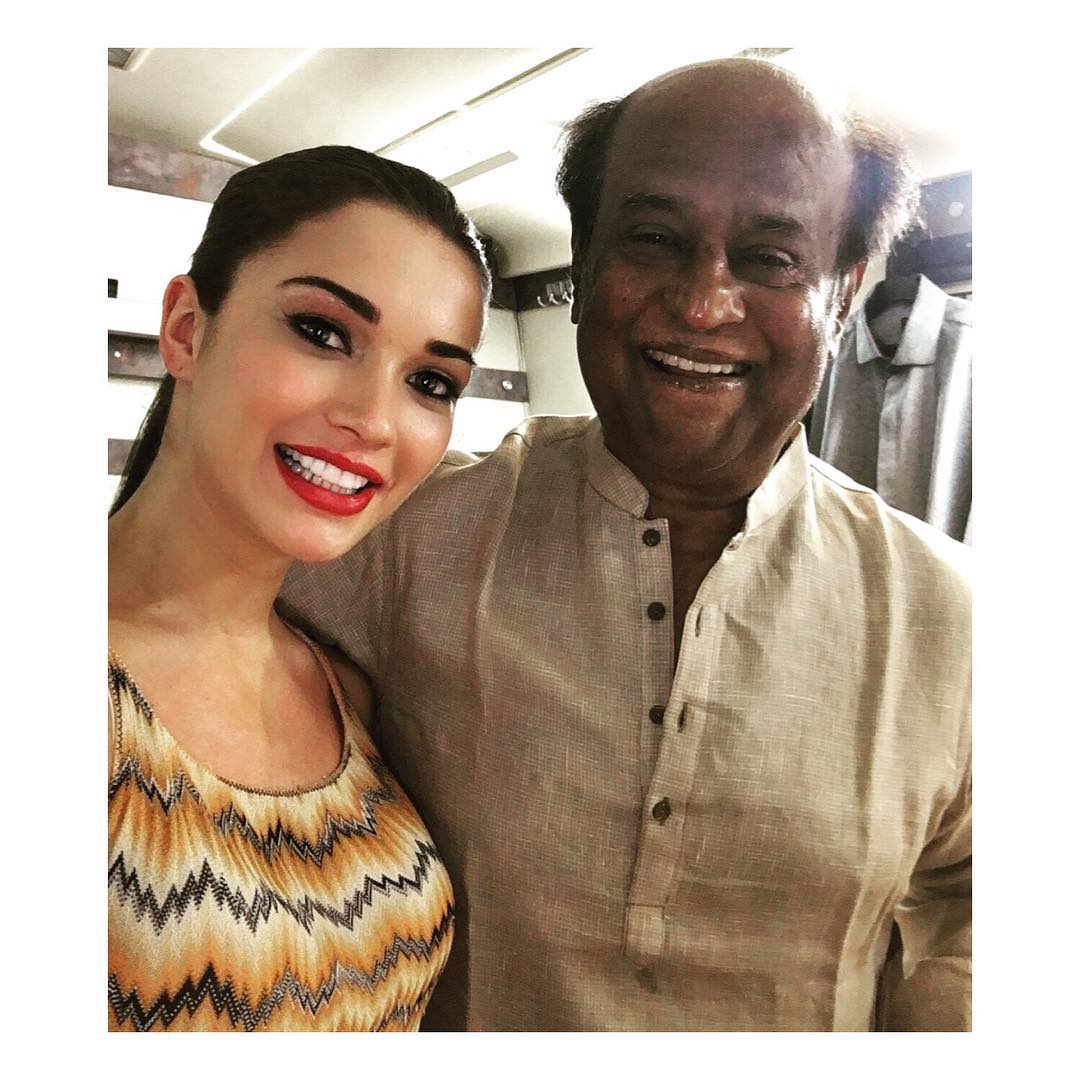 London Model Amy Jackson who will be sharing the screen space with Superstar Rajinikanth in upcoming movie 2.0,  says the superstar is a quiet and humble person.

Sharing the experience of working with the veteran, the Freaky Ali star said, “He is very, humble and soulful person. Before releasing the first look, when we were shooting a scene, which involved Rajinikanth and me. I asked him, ‘Sir, are you excited to release the first look?’

“He said ‘Actually, Amy, I am very nervous. I get very nervous when I have the media attention’ I was surprised. I said you’re a superstar and you shouldn’t be. He said ‘Yes, but I am nervous.’ This means he is such a humble person,” Amy told IANS.

Apart from Rajinikanth, Amy also lauded Akshay Kumar who plays the antagonist in 2.0’. The Khiladi star is the ‘fittest actor in Bollywood,’ told IANS.

2.0, releasing next year on Diwali, has music by Oscar-winner A R Rahman. 2.0, directed by S Shankar, has reportedly been made on a budget of Rs 350 crore. The film will release in Tamil, Telugu and Hindi.