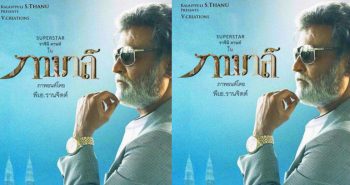 Kabali is the first Tamil movie to release in Thailand on January 5th. It is dubbed in Thai language and to be released in 100+ screens in 30 locations at Thailand.

Parandhaman Thanu, V creations’ SEO told media, “When we were shooting for Kabali in Thailand, we met Her Royal Excellency of Thailand Mom Luang Rajadarasri Jayankura, and the meeting eventually caught the attention of the people. We partnered with Major Cineplex, who has a chain of nearly 300 theaters. For the first phase, we are releasing the film in 100 theaters on January 5. Also, we have planned a gala premiere on January 4.”

The dubbed version of the film has already released in languages like Hindi, Telugu, Malayalam, Malay and Mandarin.  The film raked in nearly 700 crores at the box offices.

After traveling in the vacuum of space for over 10 months, the Dart mission has set its eye on the target, a binary asteroid system where it meets a fiery end.…

Prime Minister Narendra Modi will officially launch 5G in India at India Mobile Congress (IMC) in New Delhi on October 1. The announcement came from the…