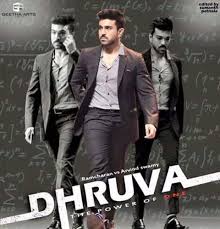 The trailer of Ram Charan Teja’s much-hyped Dhruva has taken his fans by a storm. The theatrical trailer of Ram Charan-starrer Telugu actioner Dhruvaa has reportedly registered a new industry record, the makers said. It has clocked over a million views in less than five hours since its release.

In a statement, the makers said the trailer clocked over one million views in just 4.5 hours and has set a new industry record.

Rakul Preet Singh appears as the female lead in the action thriller directed by Surender Reddy. Navdeep, Nassar, Posani Krishna Murali, Vidyullekha Raman, Upen Reddy and many others are also in the cast.

Now, the Telugu movie is all set to hit the screens on December 2.