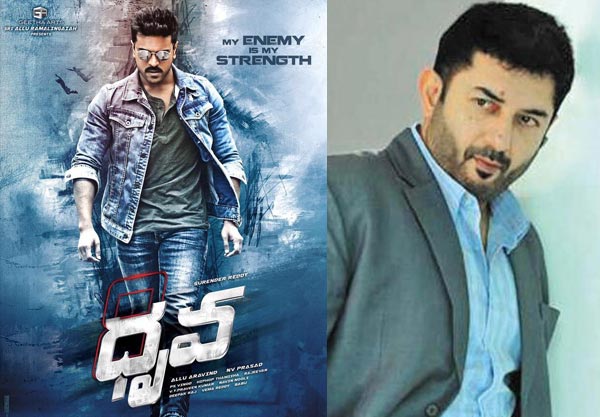 Ram Charan Tej’s  much awaited upcoming movie  is Dhruva. The movie makers had released the trailer of the movie earlier and they had locked December 2, 2016 to release the movie, but now the makers had changed the release date and postponed the movie release by a week and now the movie is going to hit the screens on December 9, 2016 and the news is confirmed by Ram Charan Tej on his official twitter page.

The reason behind the movie release is demonetization of currency, which is showing a huge effect on every movie.

Dhruva is touted to an action thriller film which is directed by Surender Reddy and produced by Allu Aravind under his banner Geetha Arts. It features Ram Charan, Rakul Preet Singh in lead roles while Kollywood actor Aravind Swamy plays the Crucial role. The flick is the official remake of Tamil movie Thani Oruvan. The music is scored by Hip Hop Tamizha, while Cinematography by P. S. Vinod & Aseem Mishra and Edited by Naveen Nooli.