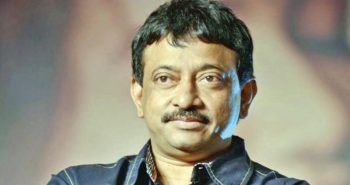 Maverick director Ram Gopal Varma chose International Women’s Day, March 8, to belittle the achievements of women, according to the barrage of acidic attacks against him on social media. He tweeted, ‘I wish all the women in the world give men as much happiness as Sunny Leone’, which unleashed a furious backlash from others on Twitter.

“This guttersnipe chose woman’s day for this moronic statement! What a pity @RGVzoomin,” read one response. “All the women in the world wish you @RGVzoomin to continue giving attention to virtual reality sparing the real world of your assholery,” commented IGotThis. “@RGVzoomin I wish all the men in the world stop giving women as much horror as your movies do. Not to mention crass innuendos,” posted another Twitter user.

“@RGVzoominAbsolutely disgusting. How are such people allowed to make movies?” read another Twitter post. Some netizens didn’t hesitate to drag his family into the war: “Hope ur Mother too gave men what Sunny Leone is giving to everyone @RGVzoomin,” posted Modified Renu. Varma defended his tweet thus: “The negative noise towards my tweet on @SunnyLeone arises from ultimate hypocrisy. She has more honesty and more self respect than any woman. My short film on her phenomenon will bare the veiled centrally decomposed cogitations in all the mentally corroded naysayers of @SunnyLeone (sic).” Varma’s earlier tweets against mega star Chiranjeevi’s brother K. Naga Babu had also been controversial.