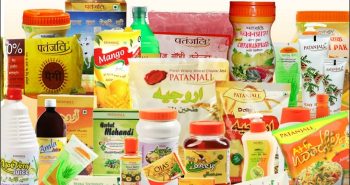 Yoga guru Baba Ramdev promoted Patanjali Ayurveda’s five production units will have to cough up a fine worth Rs. 11 lakh for “misbranding and putting up misleading advertisements” of their products, a court in Uttarakhand’s Haridwar has ruled. Patanjali has been asked to pay the fine within a month.

The case against Patanjali had been filed in 2012 by the District Food Safety Department after their products had failed quality tests in the random sampling that the dept does.

Samples of honey, mustard oil, pineapple jam, gram flour and iodised salt were sent for testing and the test results showed that Patanjali was not the manufacturer of the products, the Court Order stated.

“The case went on for four years and on December 1, the ADM court asked Patanjali Ayurved to pay Rs. 11 lakh as fine for indulging in misbranding and misleading advertising”,  said Haridwar Food Safety Officer Yogendra Pandey who sent the samples for examining.