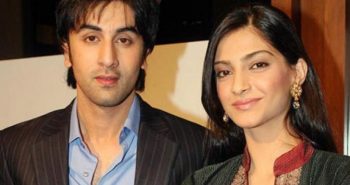 Ranbir Kapoor and Sonam Kapoor made their debut together in Sanjay Leela Bhansali’s ‘Saawariya’ (2016). It’s now emerged that they might be seen sharing screen space once again in the forthcoming Sanjay Dutt biopic.

As per news sources Sonam, in a special appearance, will step into the shoes of one of the Bollywood actresses from the 1990s that Dutt dated. Confirms a source while talking to a publication, “Her character is not reflective of any particular woman but is a fictional amalgamation of the many women Dutt dated through the 1980s and 90s.”

Director Rajkumar Hirani has written the story with Dutt’s input so no doubt seeing Sonam and Ranbir reunite on the big screen on his watch will be a treat for the audiences. The film is to roll next year and Ranbir will be transforming his physical self for the character.

Sanjay Gupta has a special project for Ranbir Kapoor

Media will anyway gossip about me, says Sunny Leone