RBI may go for 25 bps rate cut in August: report 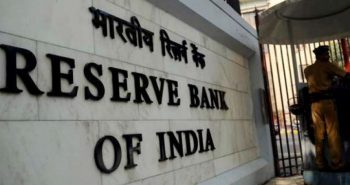 The monetary policy committee of the Reserve Bank of India is expected to cut policy rates by 25 bps in August on weak growth and benign inflation, says a Bank of America Merrill Lynch (BofAML) report.

“We estimate that old series GDP growth, at 4.5-5 per cent, well below our estimated 7 per cent potential/trend. Not surprisingly, core CPI inflation has slipped to 4.2 per cent from 4.8 per cent in October. It is statistically difficult to work out potential growth in the new GDP series without past data,” BofAML said in a research note.

“We continue to expect the RBI MPC to cut policy rates 25 bps on August 3 on weak growth, benign inflation and the need to recoup forex reserves by attracting FPI equity flows by supporting growth,” it said.

At the April 6 policy review meet, the RBI kept repurchase or repo rate — at which it lends to banks — unchanged at 6.25 per cent but increased reverse repo rate to 6 per cent from 5.75 per cent.

RBI said given the upside risks to inflation and excess liquidity in the system, the repo rate has been retained at 6.25 per cent. According to the global brokerage firm lending rate cuts are the key indicator for recovery.

“As lending rates come off, they will revive demand, close the output gap, exhaust capacity and spur investment,” it said.

“We expect bank lending rates to come off by 50-75 bps in the April-September, ‘slack’ industrial season, with RBI Governor Urjit Patel stressing the need for lower borrowing costs again, the report noted.