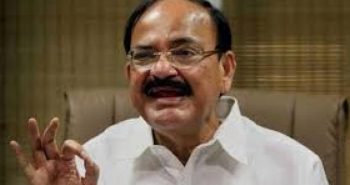 Appreciating the Centre’s decision to ban the use of red beacon on vehicles attached to dignitaries, Union Information and Broadcasting Minister M. Venkaiah Naidu on Thursday said that the government wants everyone to get equality, adding every person is a VIP.

“Keeping that the wishes of the people everybody is a VIP. That’s the philosophy of our government. Prime Minister Narendra Modi has led the nation by taking this historical decision. Though it’s small but it sends a message that everybody should get equal treatment,” he said.

He added that there is no preferential treatment.

“I have not been using the red light since the beginning but I never publicise it. I hope everybody will follow the decision,” Naidu said.

“After the amendments this system of red light has ended which is good. We will see whether it is implemented on the judiciary system,” he added.

As per sources, the decision taken by the Union Cabinet will be implemented from May 1.

It is reported that five categories would be allowed to use the red beacon- President, Vice President, Prime Minister, Chief Justice of India and the Lok Sabha Speaker.

It was reported last week that the Prime Minister’s Office (PMO) has called a meeting to discuss whether the red beacon should be discarded or restricted to certain dignitaries.

Captain Amarinder Singh and Yogi Adityanath, the new chief ministers of Punjab and Uttar Pradesh, have already taken steps to either end or restrict VIP culture.

In its first cabinet meeting, chaired by Captain Amarinder, the newly formed Punjab Government decided to completely shun the VIP culture by removing the red, yellow and blue beacons from their official vehicles.