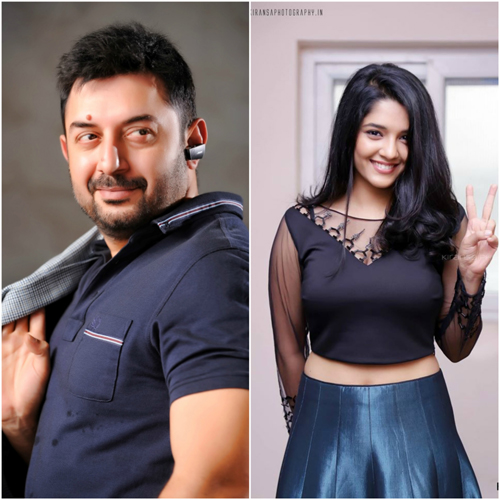 Aravind Swamy, one of the finest actors in Kollywood recently made a strong comeback through the movie “Thani Oruvan”. He is now awaiting the release of his new movie “Bhogan” which marks his reunion with Jayam Ravi.

The recent news about the star will be seen playing an upright cop in his new film with director Selva of Amaravathi and  Naan Avan Illai fame. To be produced by Magicbox Films, who earlier bankrolled Vijay Sethupathi’s Pannaiyarum Padminiyum. Ritika Singh of Irudhi Suttru fame will be seen as Aravind Swamy’s pair in the film.

Director Shelva said: “He (Arvind) plays a stylish and straight-forward cop. That’s all I can reveal about the character at this moment. Ritika Singh plays his pair and audiences are definitely going to be surprised by their first-time combination.”

The filmmaker is confident about the leading cast and the team is going strong with pre-production work already.