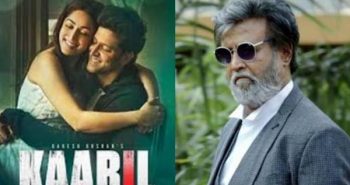 One of the first screenings of the forthcoming Hrithik Roshan starrer Kaabil would be held for the mighty Rajinikanth who showered praise on Hrithik in the film’s trailer.

In a media interaction, Rakesh Roshan said, “I am elated by Rajini’s praise. If you remember Hrithik’s first film Bhagawan Dada was with Rajini. Hrithik was only 12 when he faced the camera with the Legend.”

The filmmaker added, “That an iconic superstar like Rajini has complimented Hrithik makes me a very proud father. We’ve been friends for years, although we do not get the time to speak regularly. But real friends don’t have to meet or talk every day. Rajini and I respect one another immensely and this will never change. The last time Rajini spoke to me was during the time of release of Krissh when he had complimented both me and Hrithik for the film.”

Sr. Roshan further added that, “We are going to show Kaabil to Rajini very soon.”

Sanjay Gupta directed Kaabil which is said to be an action thriller laced with a beautiful love story. Produced by Rakesh Roshan on Filmkraft Productions, Kaabil will hit the screens in Telugu and Tamil along with Hindi on January 25.