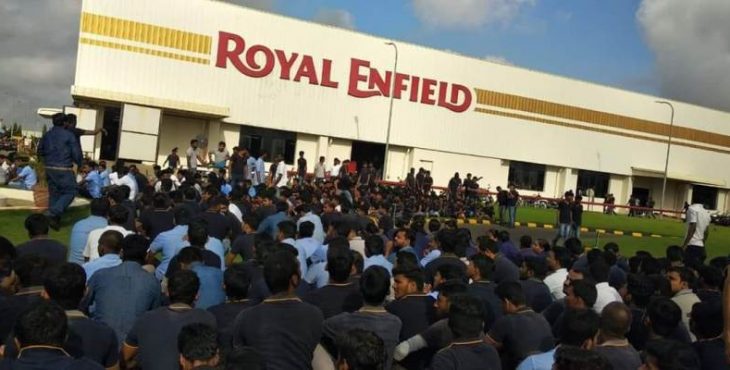 Chennai: Royal Enfield employees resumed their agitation after their management laid down a rule forbidding workers to carry mobile phones inside the factory.Meanwhile, around 600 members of the Indian Yamaha Employees Union affiliated to CITU protested in front of the Kancheepuram bus terminus on Tuesday morning

At Oragadam, the protests at Royal Enfield were on. “We have been allowed with mobile phones for last five years,” Working People Trade Union Council and Royal Enfield Employees’ Union Vice-President R Sampath said

After a four-day strike, the unions called it off based on an advisory letter from the state labour department. It remains to be seen what the next course of action will be for the union on Wednesday