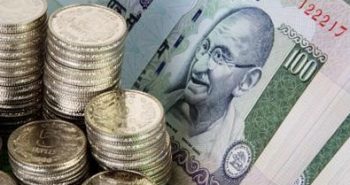 The rupee on Monday strengthened for the second straight session, gaining by another 9 paise to close at 66.92 per dollar in view of strong foreign capital inflows coupled with firm equity market.
The rupee resumed lower at 67.06 per dollar as against the last Friday’s closing level of 67.01 at the Interbank Foreign Exchange market on initial demand for the American currency from banks and importers but recovered afterwards to 66.90 before ending at 66.92, showing a gain of 9 paise, or 0.13 per cent.

he dollar index was trading up by 0.11 per cent against a basket of six currencies.
In the overseas market, the dollar rose against the yen in the late afternoon trade, but was largely flat against other major crosses, with investors reluctant to take strong positions due to the US national holiday for Presidents Day.
Latest Comment

The dollar gained only moderately against the yen as Japanese corporate players bought the greenback for the purpose of commercial trade settlement in the mid-morning session. But a lack of fresh trading cues gave no clear direction to the US currency.
Foreign portfolio investors (FPIs) bought shares worth a net Rs 8,043.14 crore last Friday, provisional data showed.