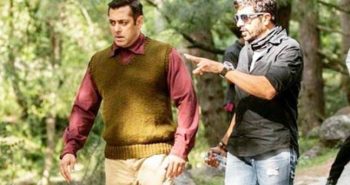 Bollywood superstar Salman Khan, who will be next seen in Kabir Khan’s upcoming film Tubelight, has started shooting for the last schedule of the film and Kabir took to his Twitter page to inform Salman fans about the same.

The director tweeted “And for all those asking #Tubelight is going very well. We start the last schedule on 22nd November.”

Salman will be seen essaying the role of an Indian soldier in the film, the film that also features Chinese actress Zhu Zhu and Sohail Khan will hit the theatres next year.

Tubelight is set against the backdrop of the 1965 Indo-China war.