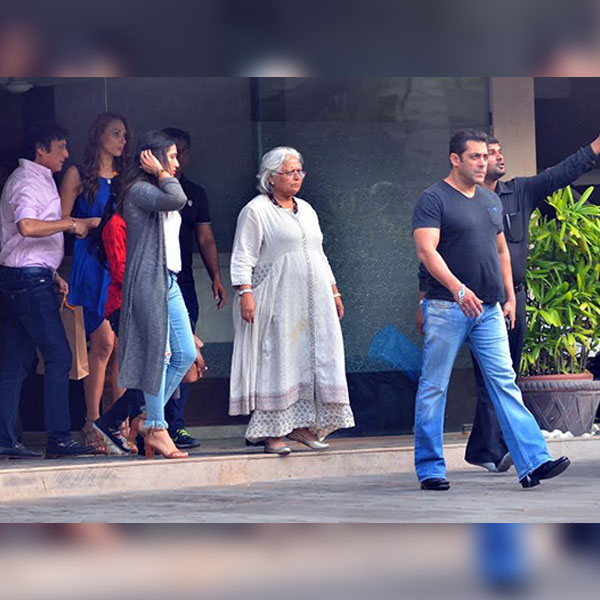 Salman Khan and Iulia Vantur may not publicly accept their relationship and stick to ‘we are good friend,’ but as they say a picture is worth a thousand words. Salman and the Romanian beauty was a part of yet another big Khan-daan bash on Sunday as Salman’s sister Arpita Khan Sharma hosted a Christmas party. It was the first Christmas party for son Ahil and mamu Salman was very much a part of it, as was his alleged girlfriend.

Later the lovebirds were also seen leaving Arpita’s residence in the same car with another friend of theirs.

Salman Khan is going to celebrate his 51st birthday this December 27 and good friend Iulia Vantur has pledged to give the superstar all her love and respect as a birthday gift.