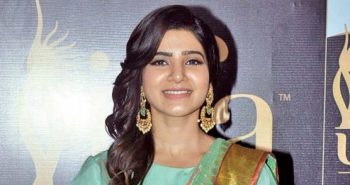 Ever since it was announced that Samantha would be part of the biopic of legendary actress Savitri, there have been several speculations about her role in the film. While initial assumptions were that she’d play the actress herself, we have now reliably learnt that the actress is set to play a journalist in the film, whereas Keerthy Suresh will play Savitri.

“Her character is like the eyes of the film, because it is from her perspective that the story is narrated. Revealing more details would be unfair to the film. I can only tell you that her character is based in the 80s,” shares a source in the know, adding, “Samantha was so excited about the role because this was something she hasn’t done earlier.” While the entire film is a period drama, a lot of research is being done to suit the character of the times, a source reveals that the actress herself is doing quite a lot of homework.

“She wants to look her part, and live in the character of a reporter from those times. While she has interacted a great deal with present day journalists, she is aware that the scenario back then was totally different. She doesn’t want to leave anything to chance,” adds the source. Meanwhile, the film’s casting is still on and the makers are in talks with several actors for other key roles in the film, especially those of Savitri’s contemporaries. Mickey J. Meyer is scoring the film’s tunes.

TV actress Shweta Tiwari gets greeted by an enthusiastic dog at airport; but fans seem concerned