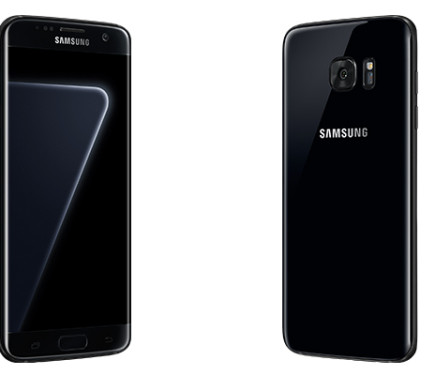 After the Blue Coral variant launched last month, Samsung has announced a new colour option for its successful Galaxy S7 Edge smartphone. The company has introduced the brand new Black Pearl variants – giving its customers a total of seven colour variants to choose from.

As per the reports from Mysmartprice, the company is expected to launch the new color variant from January 1, 2017.

The phone features a 5.5-inch dual curved edge Quad HD AMOLED display, and is powered by an Exynos 8890 SoC. It runs on 4GB RAM, and 32GB of onboard storage (expandable to 128GB). The S7 Edge comes with a 12MP primary camera with dual-pixel auto-focus, optical image stabilisation (OIS) and PDAF. It is backed by a 3,600 mAh battery and is running on Android Marshmallow, and will be getting the Android Nougat update soon.