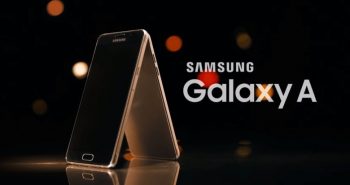 Samsung has officially confirmed the launch details of the 2017 Samsung Galaxy A series handsets. The upcoming Galaxy A3, Galaxy A5 and Galaxy A7 (2017) are expected to be unveiled next week, January 5.

Among the three, the Galaxy A7 (2017) is a top-end phone. It is said to sport a 5.7-inch Super AMOLED full HD display, 3GB of RAM and 32 GB inbuilt storage, which is expandable via a microSD card, 16MP cameras on both front and back, Exynos 7880 octa-core processor and a 3,500mAh battery.

According to the report on Winfuture.de, Galaxy A series will have a metal frame, but no white colour option for the new phones. Samsung will stick with Black, Gold, Blue and Pink colour versions.