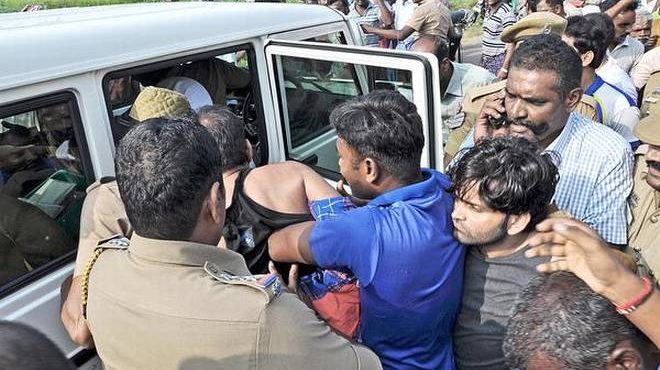 The ISRO scientist’s nagaraj car was broken and many items stolen by strangers including jewelery, laptop and ATM card. Police are looking for 3 people in this regard.

Scientist Nagaraj, a general manager at ISRO rocket launch at Sriharikota in Andhra Pradesh. He came to Chennai at yesterday.

A hotel near Alandur in Chennai had parked the car before and went to eat. On returning, the car’s glass was broken and the 3-pound jewelry, laptop, academic and ATM card was stolen.