Secret conversation with AIADMK?(Answer by Deepa):- 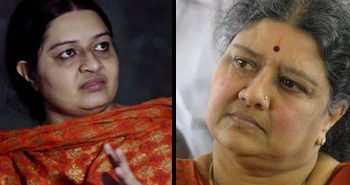 Deepa is the daughter of demised chief minster jayalalitha’s brother, its conform that deepa will enter politics but, is she going to enter anyone of the party or going to start a new party. She told that her decision will be revealed during her aunt jayalalitha’s birthday which is coming February 24th.

There are followers gathering daily before my home and they are having unconditioned respect towards we and I don’t do what I’m going to do for them, and I also afraid for their safety, and now I’m hearing their suggestions now.