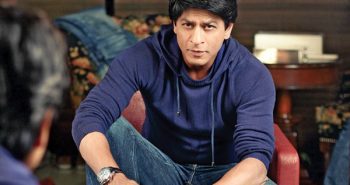 Shahrukh Khan is India’s most loved actor and has been ruling the film industry for nearly three decades, have many blockbusters in his filmography and in his own confession, won 267 awards.

During a recent media interaction at the launch of the Indian Academy Awards that will commence next year, Shah Rukh Khan was asked about why he never won a National Award himself. And he gave a really honest answer for the same,

As The Indian Express quotes saying, SRK said, “I come from a place where audience and jury and filmmakers have been very kind due to which I won lots of awards. For me, to sit back and say I could have won for that film would be demeaning any award. If I didn’t get it, I didn’t deserve it. It’s as simple as that. So I don’t think there is any performance of mine till date which could have or should have got National Award. I don’t perform according to winning an award. I just hope something turns out well. The one I will get it for Inshallah if I keep working hard, it will be the one I deserve! If I haven’t got the award, I don’t think I deserved it.”