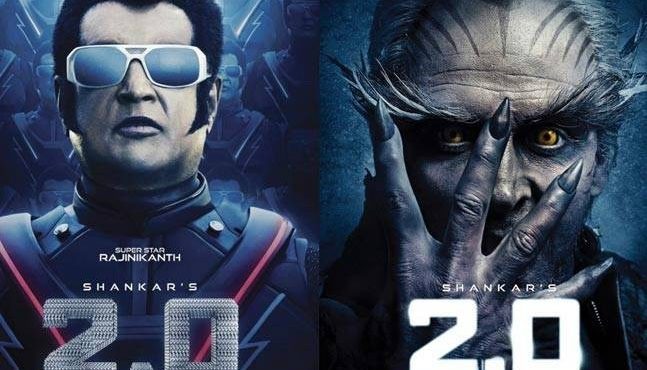 Superstar Rajinikanth and Bollywood Star Akshay Kumar are featured in the film directed by Shankar. In the past few days shankar’s 2.0 trailer was launched event in chennai.

The teaser and trailer have rocked the digital space in all languages. So far overall 140 Million views for watching 2Point0 Teaser & Trailer. It’s all set for November 29th(tomorrow) release.

In yesterday 2.0 ticket bookings are availble on paytm app and give Rs.500 cashback on your first movie ticket booking. A staggering 1 Million Tickets Sold Out on bookmyshow for shankar’s 2Point0.

A staggering 1 MILLION TICKETS SOLD OUT on @bookmyshow for #2Point0! Are you one among the million who grabbed your tickets?//t.co/Lx2FYTE9HX#2Point0FromTomorrow @rajinikanth @akshaykumar @shankarshanmugh @iamAmyJackson @arrahman