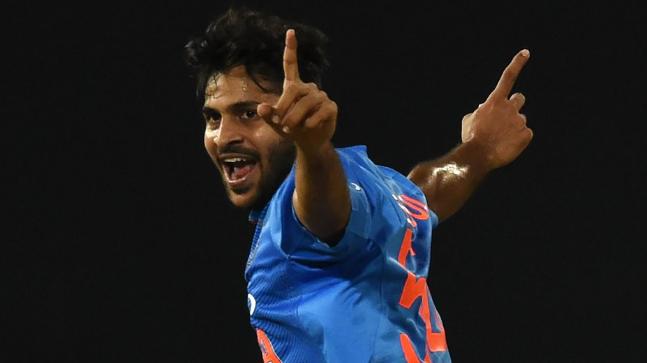 Shardul Narendra Thakur is an Indian cricketer and 218th player to be inducted to the Indian Cricket Team while playing first-class cricket for Mumbai. Currently, he is a member of the Indian cricket team and played for Chennai Super Kings in IPL 2018. In March 2017, he played for the team Rising Pune Supergaints.

Shardul Thakur made his first-class debut in the 2012-13 seasons and in his very first first-class season enjoyed being the part of the winning team at the Ranji Trophy. Though he didn’t play any significant role in that season since then has been the go-to man for Mumbai. Whenever the chips are down this young lad has delivered.

Today is Shardul Thakur’s birthday. He has turned 27 from 26. Celebraties are wishes via twitter page.