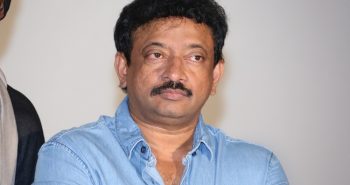 Ram Gopal Varma has announced his next movie titled “Shashikala”. The film, by his own admission, is the sory of a “dearest closest friend of a politician”.

The title and plot suggests the film has a lot to do with former Tamil Nadu Chief Minister J. Jayalalithaa’s close aide V.K. Sasikala but the filmmaker says the project is “fictional“.

Varma on Thursday night announced the title of the film.

He tweeted: “Just registered my new film title ‘Shashikala’ It’s the story of a very dearest closest friend of a politician and completely fictional.”

“Shashikala” is going to be a very very sincere from the heart Tamilan love story and absolutely nothing to with fictional non politics. I immensely respect Jayalalithaa, but I honestly respect Shasikalaji a little bit much much much more. Jayalalithaaji respected Shasikalaji much more than she respected anybody else proves why I should call my film ‘Shashikala’,” he tweeted.

It will be really interesting to see as to which star he will cast in to play the lead role. We need to wait and see.