Show ‘proof of residency’: Waiter refuses to serve customers at US restaurant 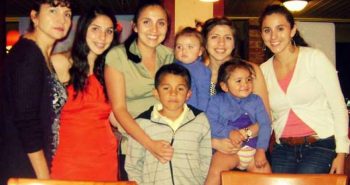 In an apparent incident of racism, a 24-year-old woman was asked to show her identity card as residence proof at a restaurant in US. The woman was accompanied by her sister and two friends who were on girl’s day out to have dinner.

Diana Carrillo, a business analyst from Orange County, who was taken aback by the incident, wrote the ordeal in viral Facebook post.

Minutes after they placed the order, the waiter asked for their ID cards, and said, “Can I see your proof of residency?”

“I need to make sure you’re from here before I serve you,” the waiter further said.

Shrugging it off as a joke, the girls thought the waiter might be joking, “But he didn’t have a smile,” Diana said, adding “There was no indication that he was trying to make a joke or even possibly flirt with us.”

Diana along with her sister and two friends complained this about it to the manager who offered them a seat in another section. However, they chose to leave the place instead.

Recounting her experience, Diana wrote a Facebook post. It read, “How many others has he said this too? I hope this employee is reprimanded for his actions.”

The post which went viral within hours on social media was also noticed by the restaurant. However, to reprimand the loss, the management got in touch Diana offering her a free meal and to donate 10 percent of the weekend’s sales to a charity of her choice.

The women declined the meal but selected the charity. The waiter has since been fired, according to restaurant management that insisted there had never been a problem with that employee before.