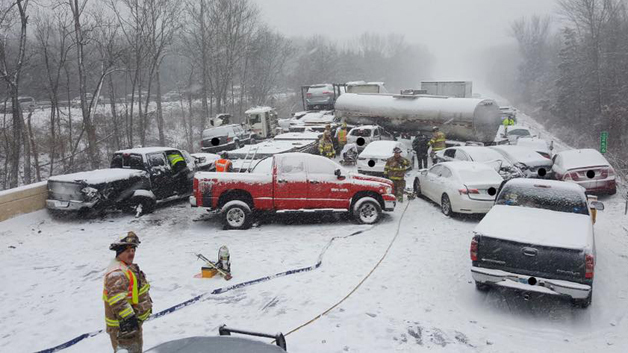 Due to heavy snowfall,the death toll in the Haryana state has increased seven. In the northern states, there is an increase heavy snowfall with severe cold.

As long as the fog does not stop, the vehicles have to move slowly as the lights are lit up. But in some parts of snows are fully covered in roads these causes the accident occurs at this place.

A truck carrying heavy snow hits this morning lost control and crashed into two luxury cars. 7 people were killed in the accident near Ambala. Four people were injured.

Indian village is in for a surprise