Stalin is the reason for violence : Natarajan:- 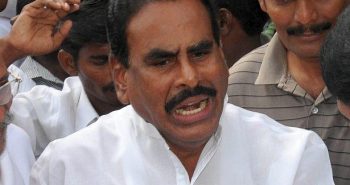 AIADMK General secretary Sasikala’s husband natarajan had given an open talk during a press meet on pudhukottai, he said” severe Investigation is going on to find out the reason for the violence which was occurred during the protest of students for jallikattu”.

He also continued that DMK acting leader stalin is the main reason behind those violence and I’m Having all the evidences for that, he also questioned that this is full of students protest what is the need of stalin to block the train?, if he wanted to support he should wished the students and returned but he didn’t do that.

He send some people from DMK to mingle with the students and that’s the main reason for that violence.