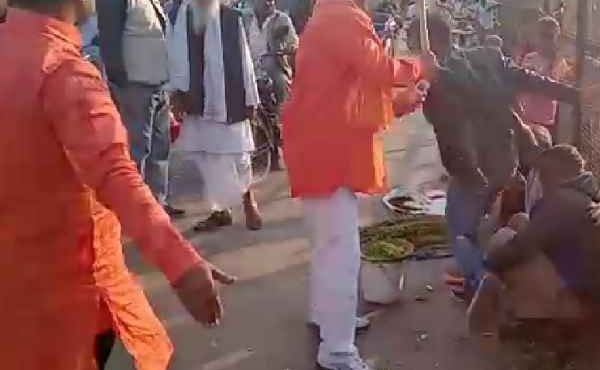 These Saffron terrorists not only control India’s government, but also worship at the altar of Hitler and the Nazis.Now, one of the attackers, Bajrang Sonkar, has been arrested by police.

Kashmir is India and Kashmiris are Indian but the poor man who was selling dry fruits on the road sides of Lucknow were beaten by goons just because he was a kashmiri.