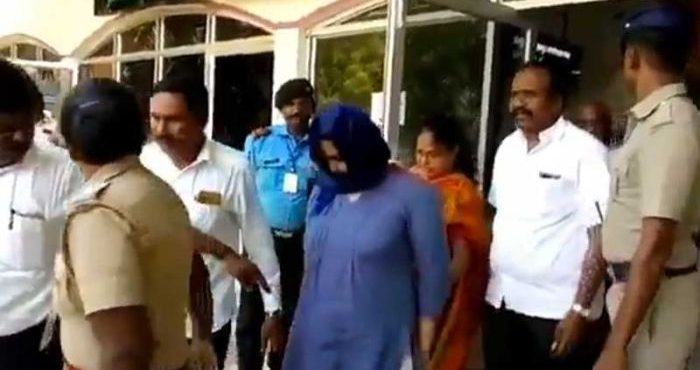 A 28-year-old woman studying in Canada was arrested Monday in Tuticorin and sent to judicial custody for 15 days after she shouted “fascist BJP government down, down” on board a flight in the presence of Tamil Nadu BJP president Tamilisai Soundararajan who filed a complaint.

Lois Sofia, on her way home from Canada, was with her parents who joined her at Chennai for the IndiGo flight to Tuticorin. The incident took place after the flight landed at the Tuticorin airport.A senior police officer said Sofia was taken into custody after Tamilisai filed a complaint with the airport police.

“After this incident, Tamilisai filed a complaint. Later, we learnt from police that there was a complaint. They asked us to come to the police station, promising that we will get bail there itself. But there were calls from higher ups and now they are trying to put her in prison,” the 65-year-old said.