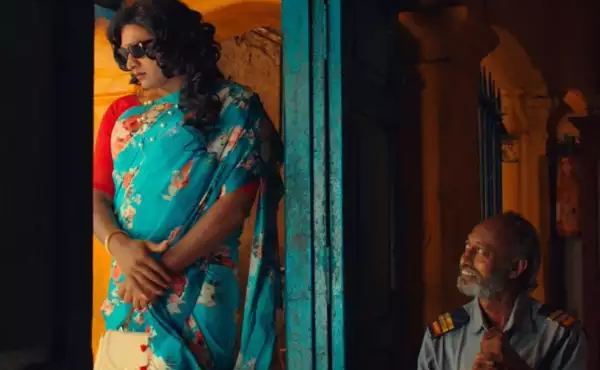 Vijay Sethupathi’s upcoming flick Super Deluxe which is being directed by Thiagarajan Kumararaja of Aaranya Kaandam fame is one of the most anticipated films.Vijay Sethupathi is known for his versatility as he plays a role of a transgender named ‘Shilpa’.

The first look poster of this film has been released now and people are excited to watch the huge cast perform on screen. A teaser was recently released portraying Samantha’s character named ‘Vaembu’.

The cast and crew for this film are huge and massive. Yuvan Shankar Raja handles the music department for this film. Recently, he released a video in his youtube channel while composing for Super Deluxe.