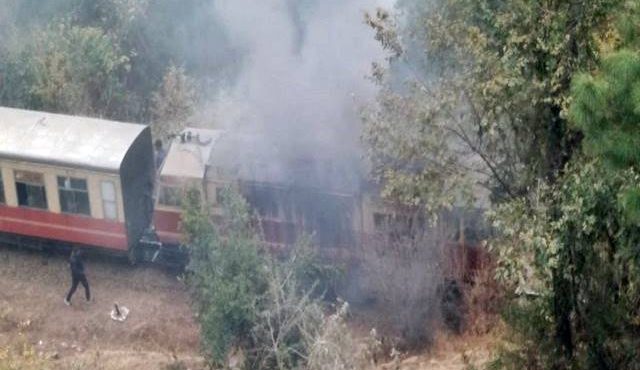 Godavari: A fire broke out in a train running stage, near Godavari in Andhra Pradesh. The Tata Super Fast Express train will depart Jamshedpur from Jharkhand junction in Srinagar, near Bangalore.

At about 1.40 pm, a train was stopped in the canteen at that time suddenly fired when it was near gollapudi, east Godavari district of Andhra Pradesh. As the train was moving at high speed, the fire started spreading over the fire.

The workers immediately stopped the train and hauled the train. Then the fire department was informed.