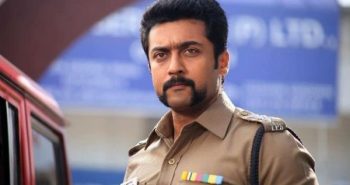 According to sources, the release of Suriya’s much-awaited movie S3 aka Singam 3 has been postponed again. An official announcement on the new release date will me made soon. The reason for the postponement is unknown. Now Suriya has officially confirmed the news that the film has been pushed.

Actor Suriya posted on his Twitter page, “Dear all! #S3 stands postponed due to several external factors not under our control!Believe it’s for the larger good!Need all your support!”.