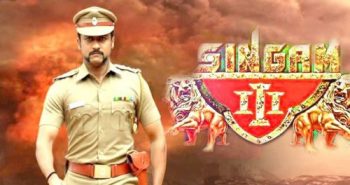 If reports coming in are to be true, then Suriya fans has to be disappointed because reports from Kollywood says that the release of Suriya’s Singam 3 will be postponed. Earlier they had decided the movie to be released in the Diwali season, on October last week. Then they said that the film will come in November. It was earlier said that S3 would be hitting the screen on December 16th. But now reports says that the release of the movie might be postponed a little further to a different date.

However, we await an official confirmation from the makers of S3.

Anushka Shetty and Shruti Haasan are playing the female leads in the movie.

Harris Jayaraj has been roped in to compose the music for the film, which is being produced by Suriya’s home banner 2D Entertainment.