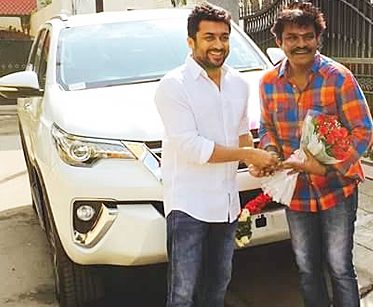 After the success of Hari’s sequel movie with Surya “S3”, Surya had met director Hari and presented him a surprise gift Toyota Company’s new model Fortuner car, and the photo in which Surya and Hari standing before that car was spreading Viral on the social media.

In this movie along with Surya Anushka, Shruthi Hasan and many acted and cinema fans telling that as usual Hari’s movie having that speed and turning points, and this movie have collected 100 crores till now.