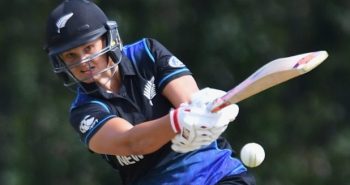 She scored 472 runs in eight ODIs for an average of more than 94, while also taking eight wickets.

Bates said in an ICC media release, “It was a bit of a surprise to find out that I had won both these awards. It is always nice to be recognised for performances and after a busy year of cricket, I am pleased to have managed some consistency over both formats”.

“The awards are always nice but the most important thing for me is to make sure I am performing consistently and helping put the team in a position to win more games.”