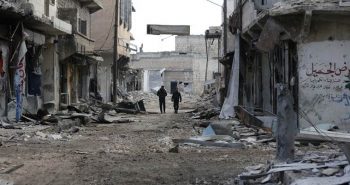 A cease-fire brokered by Russia and Turkey went into effect in war-ravaged Syria at midnight Thursday, a potential breakthrough in the six years of fighting that have left more than a quarter-million people dead and triggered a refugee crisis across Europe, and, if it holds, will be followed by peace negotiations in Kazakhstan’s capital Astana within one month.

The Syrian army announced a nationwide halt to fighting, but said ISIS and ex-Nusra Front militants and all groups linked to them would be excluded from the deal. It did not say which unnamed groups would be excluded.