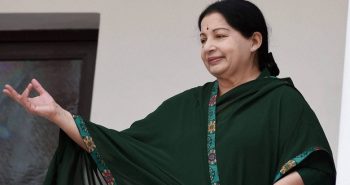 Jayalalitha, 68, who was serving her fifth term as chief minister, suffered a cardiac arrest on Sunday night.

Dramatic displays of emotion are not unusual in southern Indian politics and Jayalalitha, with her queenly manner and numerous subsidies for the poor, had inspired a cult of personality.

Many in Tamil Nadu began to brace for civil unrest, stockpiling food and gasoline or rushing away from the capital, Chennai, for safety.

Her death ushers in an uncertain period for the roughly 78 million people in Tamil Nadu, in part because it is unclear who will succeed her as leader of her party, AIADMK.