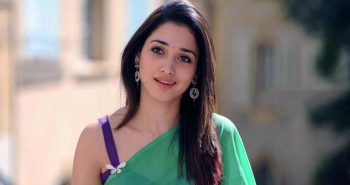 Milky Beauty Tammannah Bhatia says the leaked portion from her upcoming film ‘Bahubali 2’ will not affect the movie in any way.

“I think for a film like this we are baffled. But that is a small portion of the film which was leaked, I think it will do good to do the film, it will not do anything negative to the film. People are curious about the film and it is feeding their curiosity,” Tammannah told at Star Screen Awards on Sunday night.

“We are more excited than nervous (for second part of ‘Bahubali’). We have got lot of love from audience. I think a film like ‘Bahubali’ comes once in an actor’s life. It’s a big thing for the industry, being a regional film it has done so well and it’s also known internationally. I feel blessed to be part of ‘Bahubali’,” Tammannah said.

Bahubali 2 is slated to release on 14th April next year.

Rajinikanth’s 2.0 becomes the most expensive film than Baahubali 2