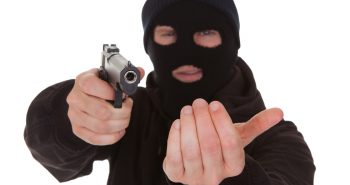 Police said sari seller B. Gangaraju, 28, was the mastermind. The engineering students were identified as Y. Sri Teja, Reddy and D. Saiteja, both aged 19, and M. Venkata Vamsi Kiran, M. Nagendra Babu, T. Sai Kiran and K. Saiteja, all 21. DCP Madhapur K. Vishwa Prasad said Gangaraju, the kingpin, had incurred loss in business after the death of his father in 2013. He had shifted to Hyderabad and started vending saris from Kanchi and Dharmavaram on the streets. After a major surgery for his mother, his financial burdens increased.

Meanwhile, he met six students who were playing cricket at a ground in Nizampet and lured them into the racket. As per their plan, they searched brothels in nearby areas and contacted them as customers. Later they would lure strangers by pretending to be brokers and take them to the brothel before robbing them.

Mr Prasad said the gang had struck seven times in Gachibowli, Madhapur and Miyapur. The activities of the gang came to light last month when Amith Kumar, a techie from KPHB, approached the police. He said apart from robbing him and the woman, the gang had taken his debit card and had withdrawn money collecting the PIN by threatening him.