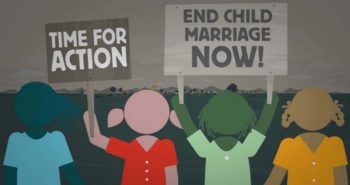 A school student who had participated in an awareness programme to prevent child marriages helped the police rescue her minor friend from getting married. Elsewhere, locals tipped off the police who foiled three other child marriages and rescued two 16-year-old students in Choutuppal on the city outskirts on Friday.

The Choutuppal police had foiled three child marriages last month. Police said the awareness programmes conducted in the interior villages against the practice were bearing fruit.

On Tuesday, SHE teams conducted an awareness programme for about 150 students at Kasturba Gandhi Girls High School in Rampally. One of the students who participated in the programme informed a SHE team about her friend’s marriage.

“During an interaction after the programme, one of the students informed a team member about the marriage of her friend being performed in Rampur thanda. Teams immediately rushed to the village and rescued the girl. Her parents were also counselled,” ACP SHE teams Snehitha said.

The other incidents of rescue of child brides took place in Puligirla in Valigonda mandal and at Valigonda where a 16-year-old girl was to be married to a 22-year-old man from Warangal. Locals informed anganwadi workers, who called the police.

At Sunkishala, a 16-year-old Intermediate student was forced into marriage with her 23-year-old relative. The girl was rescued and parents from both sides were counselled and bound over.

Rachakonda commissioner Mahesh Bhagwat said whoever permitted, allowed, performed or attended a child marriage could be convicted to two years in jail and be slapped with a Rs1 lakh fine. “Police can be informed about child marriages on ‘100’ or WhatsApp on 9490617111.” he said