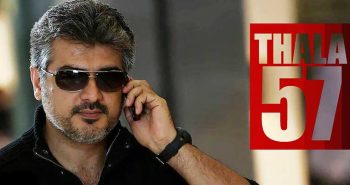 The team is currently in Bulgaria shooting for their last schedule.

By the latest reports from the team that they have completed almost 85% of the shoot and will be completing upto 90% with their current schedule which is expected to happen for a couple of week and the team is working at a full swing.

The film is touted to be a spy thriller where Ajith and Kajal Aggarwal play a married couple. The film also stars Akshara Haasan, Thambi Ramaiah, Karunakaran and Appukutty in important roles. Anirudh has composed the music and Produced by Satya Jyothi Films.

Speculations are rife that the film will hit screens for Tamil New year’s day 2017.

Jyothika, Samantha and Kajal to play female leads in Vijay 61