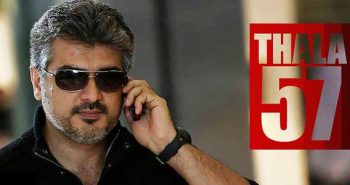 Sachin: A Billion Dreams is a biographical film based on the life of Indian cricketer Directed by James Erskine and produced by Ravi Bhagchandka. AR Rahman scores music for this movie. Sachin A Billion Dreams is going to hit the screen on 14th of April, 2017.

AK57 is co-written and directed by Siva. Ajith Kumar, Kajal Aggarwal and Akshara Haasan are the two female leads in the film, which also stars Thambi Ramaiah, Karunakaran and Rajendran  while bollywood actor Vivek Oberoi plays a baddie role in this movie. AK57 is going to be the highest budget film ever for Ajith Kumar. The crew is planning to release of Ak57 in 14 April 2017. Lets waits for official confirmation from the team.