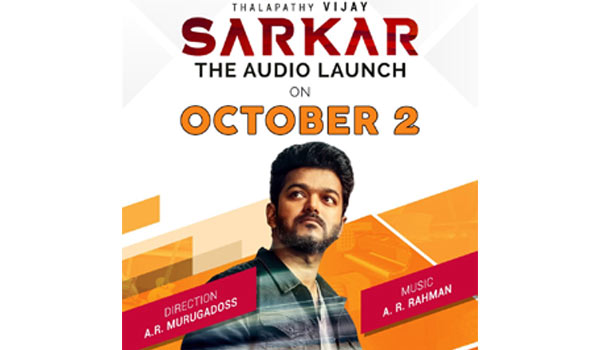 Thalapathy Vijay’s forthcoming film Sarkar is getting ready for its grand Diwali release. This big project is bankrolled by Sun Pictures and directed by A.R.Murugadoss.

The audio launch for this A. R. Rahman musical will take place on 2nd October.The makers posted that they will be making ‘First Announcement of Sarkar’ on 19th September at 11 am.

The breaking official news from Sun Pictures has arrived. The first single song from Sarkar is releasing on 24th September at 6 pm, on the birthday eve of director A. R. Murugadoss.