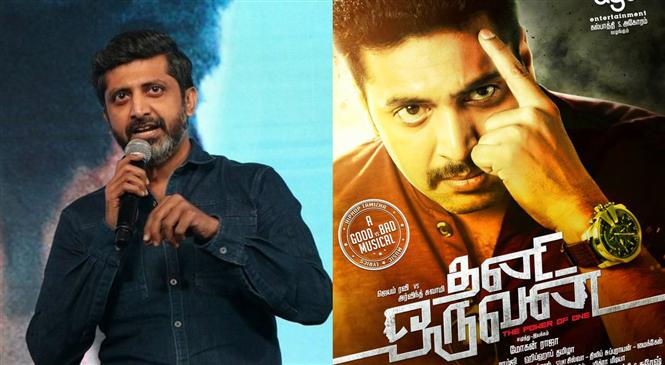 Earlier this week, director Mohan Raja announced a sequel to his Thani Oruvan , titled Thani Oruvan 2, is underway on the occasion of the original film’s third year anniversary.

In a press release that came out this week, the Velaikkaran director stated, “Thani Oruvan 2 will have a similar premise of a social backdrop with attempts being made to bring up an engrossing cat-and-mouse game between the protagonist and antagonist.”

Instead, Thani Oruvan 2 will be directed by another team and an official statement on the cast and crew will be coming out soon. from AGS Entertainment’s Kalpathi S. Aghoram