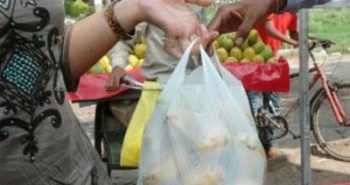 Municipal authorities are finding it difficult to implement the ban on plastic carry bags of thickness less than 50 microns in Thripunithura.  Better response is required from the residents to make it a success.  The merchants in town had agreed to stop using plastic carry bags below 50 microns but the mission of going plastic is not received with much enthusiasm.  The President of Tripunithura Merchants union said some 670 odd members have agreed to switch to cloth bags.  Merchants are still using plastic bags said Mr.Salim who is the chairman of Thripinuthura Municipality.  We had been talking about plastic ban since September and had issued a notice around mid-October.  The actual implementation was from November 1.  We would like to see how things turn out by the end of December,” he said.  The merchants have given a positive response but the co-operation of the residents is necessary.  In August this plastic ban was implemented.  Municipality had decided to provide big shopper cloth bag to residents.  “There are still many things to be done, but the response of the merchants and the residents is good so far,” said Divya Anilkumar, chairperson, Maradu Municipality.  “People bring home provisions packed in 1-kg, 2-kg plastic packing materials, which cannot be avoided in today’s circumstances.   But these can be recycled and do not pose the kind of hazards of the thin varieties,” said the chairperson.