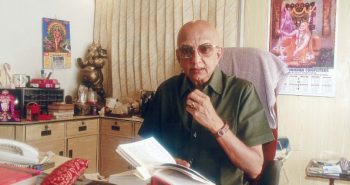 Journalist, political analyst and comedian Cho Ramaswamy passed away on Wednesday, December 7 at 4.00 am, in Apollo Hospital due to cardiac arrest. He was 82 and is survived by his wife, son and daughter.

The 82-year-old, former BJP Rajya Sabha member, according to media reports, Ramaswamy was admitted in the hospital for some time due to illness.

Founder and editor of Thuglak magazine – political magazine – had personal relation with many politicians in the country. Through his magazine, he criticised the ruling government in the state or at the centre.

He was known to be very close to Jayalalitha and mentored her during her film career. He continued his support towards her even after she entered the politics.

He also tweeted: Above all, Cho Ramaswamy was a dear friend. I have been to his annual readers meeting which were an unprecedented editor reader interface. Cho Ramaswamy was insightful, frank & brilliant. Pained by his demise. Condolences to his family & countless readers of Thuglak.