To inquire the jallikattu protest an investigation committee is coming : ops :- 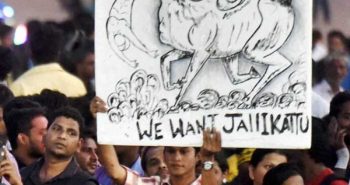 Jallikattu protests have been conducted all over the Tamil Nadu and during that 36 students were arrested, and yesterday our chief minister OPS said that the cases on the students will be cleared, and today he had given an interview that for inquiring and investigation of the violence which had occurred during the protest.

Just before in the assembly OPS said under the law of 110 a new committee will be organized and the scenario and reasons for the violence will be investigated and the crime will be explained. and for this committee former judge Mr S.Rajeswaran was appointed and he will carry the investigation for three months and after that he will submit a report, said by the chief minister OPS.