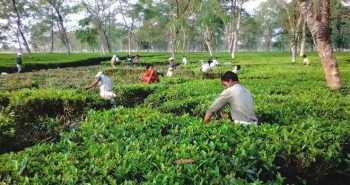 Tea Board has invited Expression of Interest (EOI) for the proposed crop insurance scheme for small growers in which National Insurance Company has emerged as the sole bidder.  The Tea Board had relaxed some terms in the crop insurance scheme following very poor response to the first round of bidding in November 2016.  The cover would come into force when the loss is 15% as against the earlier 10%.Several Insurers dropped out of the race leaving the State owned firm as the lone bidder.  In the initial rounds several private sector companies had participated.  After internal consultations and a nod from Tea Board chief Santosh Sarangi, it was decided to proceed with a single bidder as it was a PSU and open the financial bid (the premium that would have to be paid).   A pilot would be run in three districts in Assam (Golaghat), West Bengal (Jalpaiguri) and Tamil Nadu (Conoor) for one crop cycle spread over two years commencing 2016-17 and covering 57,355 small growers.  At the ratio of 75:15:10 the cost is to be shared between the centre,the State Governments and  the growers.  The scheme for tea — Revenue Insurance Scheme for Plantation Sector for Tea — aims to protect growers from the risks of yield loss due to adverse weather and income loss due to falling prices.  The emerging force in the Indian tea Industry is now the small tea growers which accounts for more than 35% of the output.  Due to hailstorms,excess rainfall and pest attacks,several crops has been damaged and this is witnessed by small tea growers.